You are here: Home1 / testfaq

Hi!  This is our live test page – this is where we’re working out the kinks.  Click on any menu link above to head to someplace more relevant.

The Daring Adventures of Riley Justice!

Riley Justice, the hard-working (or is it hardly working) accounts-receivable cog who helps to keep the corporate machine grinding on, while occasionally being called upon to foil Corporate Raider’s hostile takeover bids. 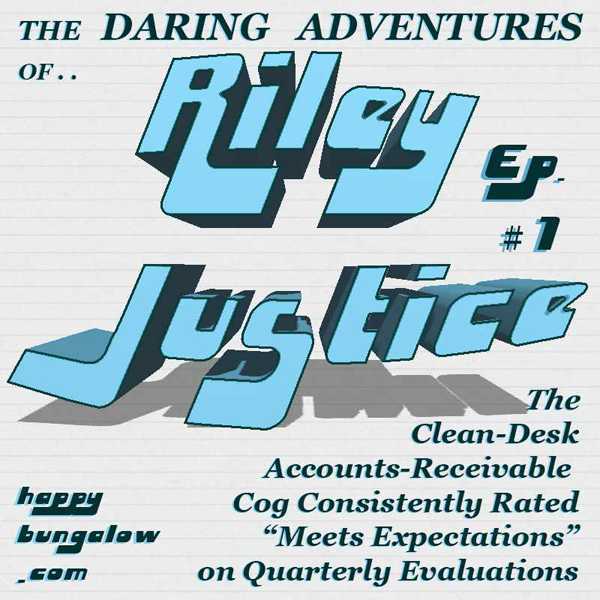 Riley Justice and the Conference Room of Terror!

Where Riley Justice Attempts to Foil a Sinister Plot to Lull the Office Into a Sleep Coma!

Led by the Junior Vice President of Data Organization and Repository Analysis Quantification. This Brobdingnagian Bore plans to lull everyone in the Fifth Floor Annex Auxiliary Conference Room B into a dull-induced sleep in a bid to take control of the File Management and Storage Box Acquisition Committee.

There was a bassey (but not that cool bass) noise droning from the front of the room. The JrVP; the place where joy is killed, like light being sucked into a black hole. ‘Why does this committee even exist? Here’s an idea about your dumb boxes – no one cares!’Riley wrote this down on paper:

The next time your boss picks you at random to attend this lame meeting, say you have a doctor’s appointment and can’t make it.

Then after a few moments of serious though, wrote:

Then go to the movies or something.

A few minutes passed. Riley glanced at the clock on the wall. ‘Jeesh. How long is this? Just send over an invoice for the boxes. There’s certainly no need for an accountant to be here. Unless they need someone to count how many people don’t need to attend this dumb meeting!’ Riley let out a little laugh for that line. The nearby attendees sleepily turned their heads at the noise and groggily blinked in confusion.’Yikes! Focus!’

Riley focused on the JrVP. ‘I remember this guy. He led some lame-O team building exercise last year. But it was just some front to force us to take a personality quiz. Everyone is grouped into 4 letter categories which they only used to pigeon-hole you further. I scored A-C-T-N. Thank you very much. This dude scored B-R-N-G.’

Riley peeked around the room. Everyone looked majorly zoned out. ‘At least RJ isn’t alone.’ The Riley glanced at the JrVP again. He was just mumbling and looking evilly around the room. ‘What the?’ People were snoring now. ‘Oh no!’ Riley feigned sleep (which was like feigning work – something Riley Justice has lots of experience with). Though, everyone else was really asleep.

But Riley could still hear the JrVP’s voice droning on. It was so boringly peaceful.. ‘I can’t fight it. What should I do?!’ But just as Riley was about to slip into sleep, the voice stopped.

“Hmmm.” The base slow-tempoed voice of the JrVP. “It worked. Now to hypnotize them. Then I’ll gain control of the File Management and Storage Box Acquisition Committee. No more single-walled corrugated bankers boxes. No. Only the superior double-walled corrugation. And with eleven preprinted scannable data-entry slots the micro-minutia possibilities will be endless.”

With that Riley broke the supposed sleep and leapt up. “Not on my watch you won’t. Our databases are bloated enough with six data entry slots. I won’t work another weekend merging a dot S-Q-L language map with a three different C-S-V tabular systems. This ends now!”

“Oh no, I will have these new boxes. And there will be a database merger like you’ve never seen before –“

“Six is more than enough!” Riley Justice interrupted. “Receivable and receiving are the same thing! The same!”

“Oh no they’re not! And under my watch we’ll add more categories! Preparatory Planning, Delayed Defrayment, Optimized Analysis, Accounts to be Received, Accountable Inefficiencies, and Reanalysis!”

“I’ll delete accounts payable!” Spat back the JrVP. “I’ll save the company millions! They won’t care what I do. I’ll flood this office with reams of incomprehensible spreadsheets!”

“Just because you hate your spouse and work too much as an excuse to avoid fixing your broken personal life, doesn’t mean everyone does! Some of us are very well balanced individuals!” Thank you very much.

“Oh no. With this system, I’ll institute month’s worth of working weekends. And all on days where you had something super-amazing to do.”

“No!” But before Riley could move the JrVP opened his mouth and out came a sub-sonic hum the exact frequency of nappedness. Instantly Riley felt woozy.

‘Must fight urge to nap! Must open window to let in fresh air.’ On wobbly feet, with drooping eyelids that obscured vision Riley staggered to the window. Fumbling with the safety mechanism, Riley just managed lift the window a few inches before collapsing backwards into the chair. Fast asleep!

But Riley had done enough. The cold January air stirred and woke the others. They stood up and moved to overpower the JrVP.

A great scuffle and commotion.

Riley’s eyes blinked back open, the others were filing out of the room in confusion. The JrVP was just standing there. ‘What happened? Was that real?’ The JrVP’s mouth was moving, but Riley wasn’t paying attention. ‘Focus!’

“So Riley, is the accounting department on board with this?” 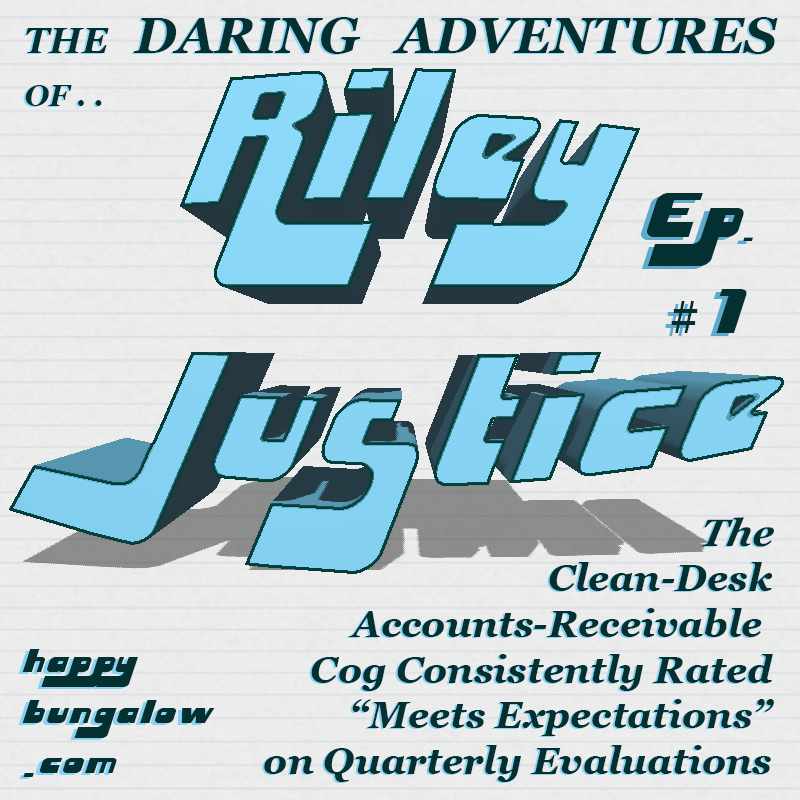 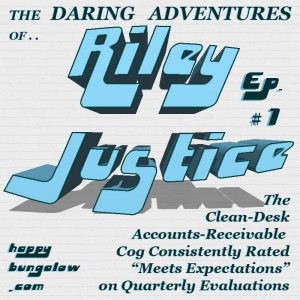 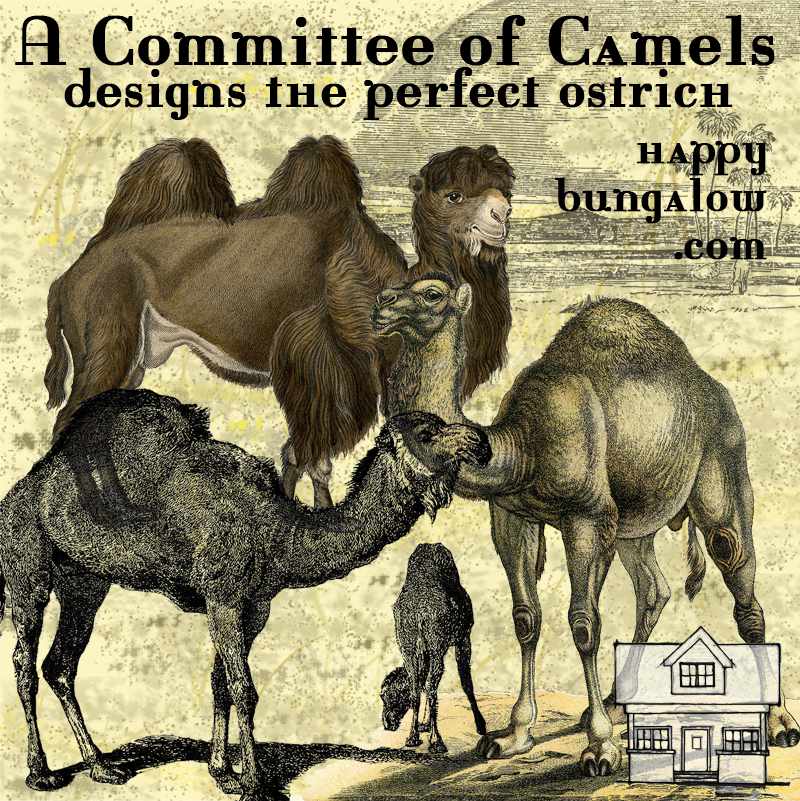 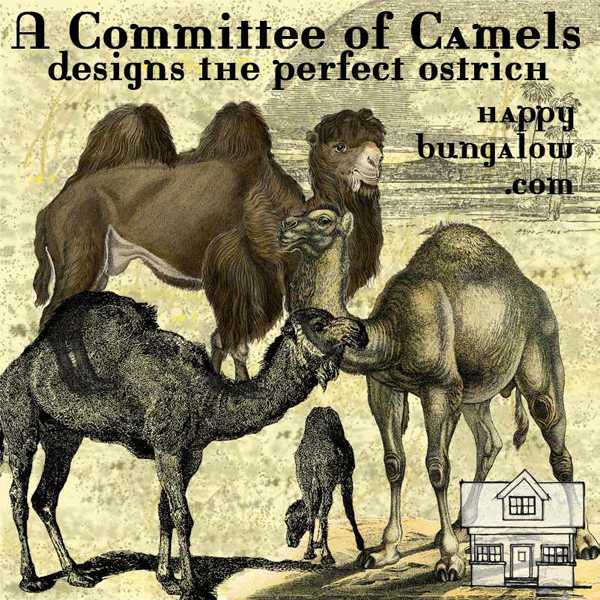 HEAR ABOUT IT FIRST!
Subscribe today to have our new and featured products delivered to your inbox monthly before they're published on our website. Plus be the first to know about surprise promotions!
Subscribe
We are no fan of spam and never share your details.

DON'T LET THE FUN STOP!
Subscribe today to have our Just PlainFun articles (just like this one) delivered to your inbox twice a month. Before they're published on our website!
Subscribe
We are no fan of spam and never share your details.

HEAR MORE ABOUT IT!
Never miss another Happy Bungalow behind the scenes article by signing up today. You'll receive our monthly Behind the Scenes article before it's published anywhere else!
Subscribe
We are no fan of spam and never share your details.