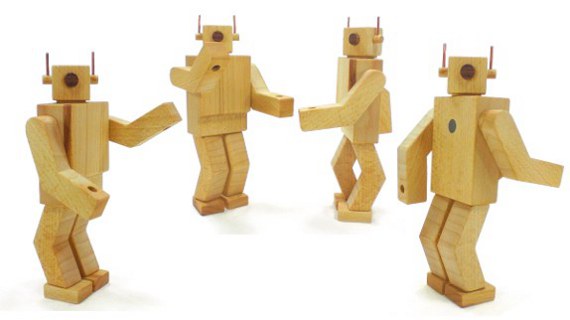 Unfortunately QreXion was as deficient in accounting aptitude as it was rich in engineering skill and the company fell into financial troubles before it could turn the Model 80 into a production robot.

QreXion was later acquired by Stobor robotS. Stobor retained the prototype Model 80 name (the quirky company preferred robots with whimsical names). Nicknamed “Heavy Lifting Hal”, the robot was sold to the industrial facilities around the globe. Firmware upgrades later made the robot autonomous, eliminating the need for human supervisors.

Fun Fact: A tremendous success, “Hal” is credited with the obsolescence of the forklift.

Pick up Hal today in the Bungalow’s shop

Yes, We Are Happy In Our Bungalow