You are here: Home / Blog / dinosaurs 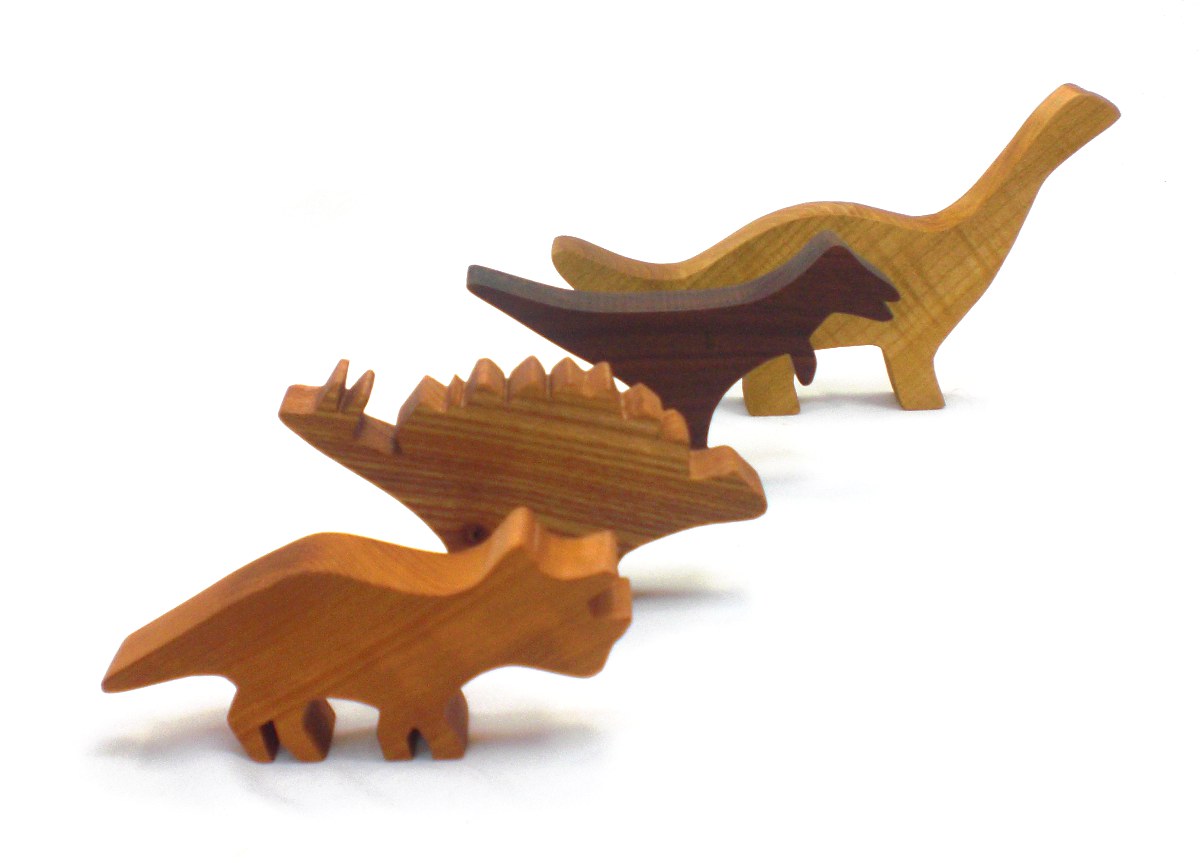 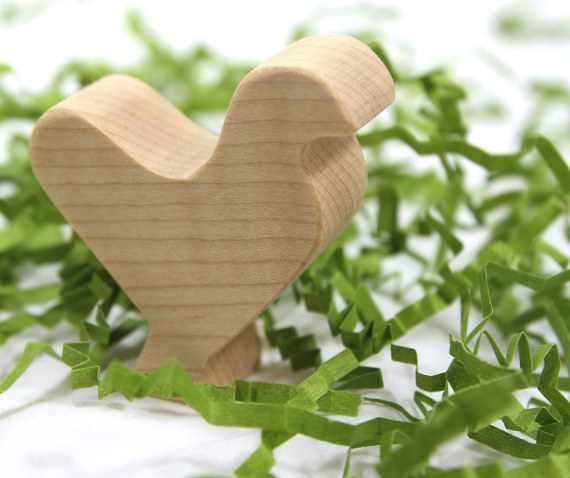 Delivered direct to your home, or anywhere else you specify.  You pay no middleman’s markups as you buy direct from the craftsman. top quality.  Old-time craftsmanship.  Write for current prices & full product line. Fun guaranteed!

The day was getting on just fine until the dinosaurs showed up and started turning over cars. 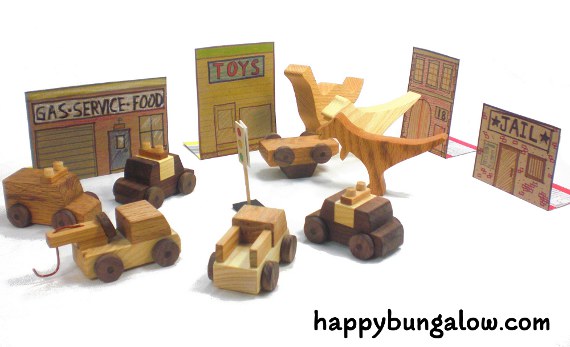 Want to have a dinosaurs vs cars matchup in your own home?  Well, just head over to our shop and pick up some wood dinosaurs and toy cars. 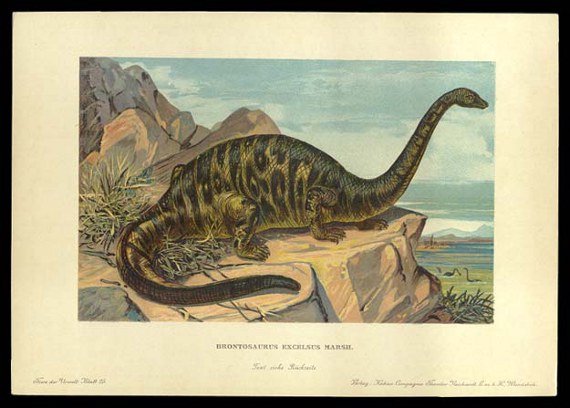 Happy Bungalow is one year old!  We celebrated at our hometown show.  We’ve come a long way since last year (view here) 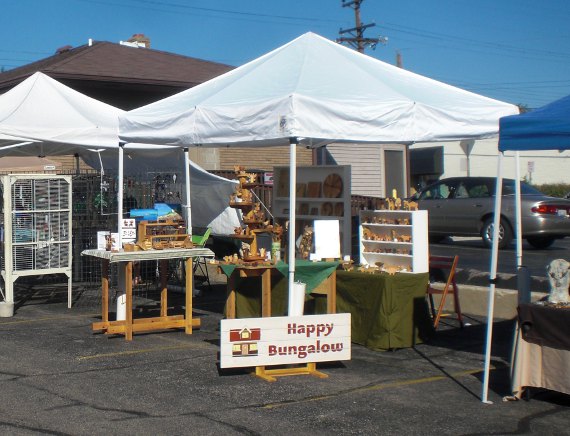 There’s a number of new products and new show furniture to display them on. 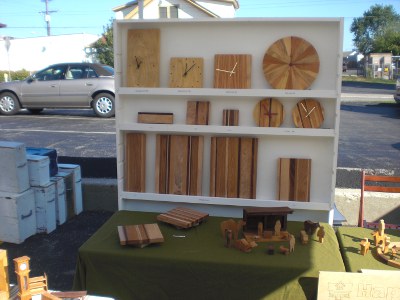 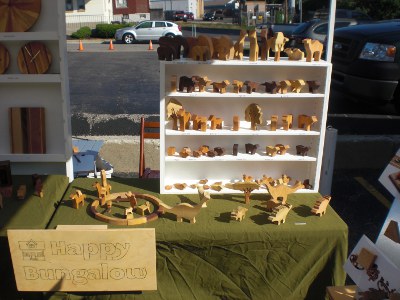 And ever popular dollhouse furniture. 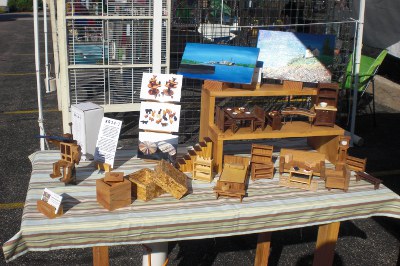 I’ll be adding more products for the upcoming slate of fall shows and I’m going to tweak the booth o give things a bit more pop.

The anniversary show went off well – increased sales from a year ago, loads of business cards handed out, and bunches of conversations.  A tiring day, but fun.  Phew. 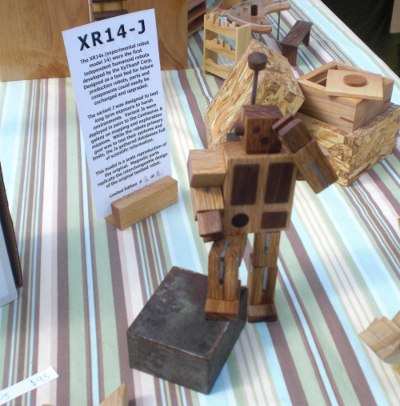 The clouds are clearing, the ice is melting, and the flowers are poking out of the soil.  That means it’s time to leave the shop and take the Bungalow to the masses. Last year was our first year in business and the first year doing arts / crafts shows.  See pictures from the first show here.  We’ve learned a lot and we’re working to put together two show packages – small for local one day shows and big for multi-day shows (an effort to spread out the back breaking).

The first show of the year was a one-day local show so it was a good time to test out some the small show package.  First up is loading everything into the truck.  Boy, has this step greatly improved!  It’s quick and organized.  Also new this year is a checklist – no more forgetting signs. 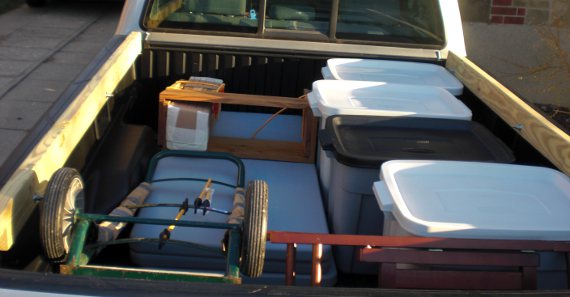 For the first show last year I built wood tables, but they’re heavy and take a some time to set up.  This year I’m trying out plastic tables with table cloths.  Much quicker to set up, but I need fitted table covers.  The standard “sheet” type don’t look 100% professional. 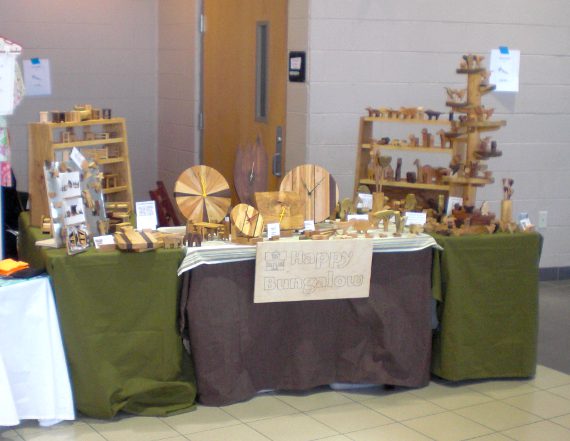 You can see the new small show sign as well.  The other sign is too big to find a spot on the small tables.  I only had an 8 foot x 6 foot space to work with – so there’s just enough room for me, none for a big sign.

For the next show I’m going to work on putting more height into the tables.  I want to step the products to give them more space and visibility. 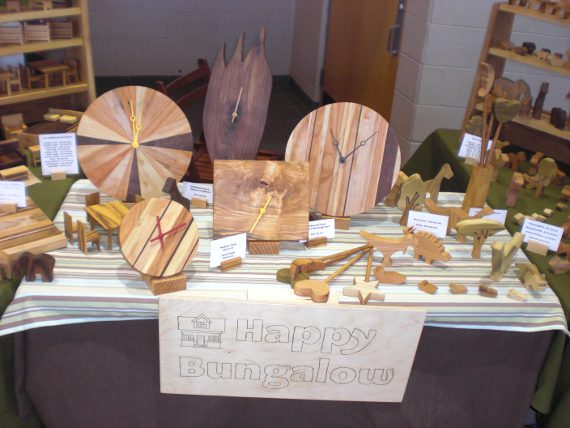