Last time on Throw Back Thursday . . . 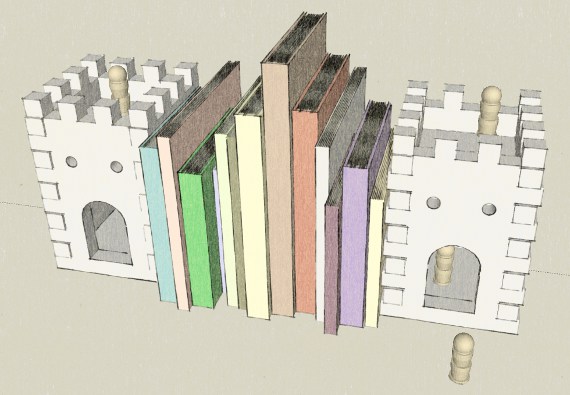 We dug up an early prototype of a castle bookend.  Well, here’s the computer model that preceded it.  Pretty neat looking, and probably pretty fun too, but none of them ever made it into production (read more about why in the original post).

I’ll ramble on a bit about computer models and prototyping.  We do all of our 3-D models in Sketchup.  It’s a free program that is super-handy, and relatively easy to learn.  I’m not the best self-taught computer person, but I figured out the basics of Sketchup in a day or so.  A few projects later and I was competent enough to do interior architectural models (I wasn’t always a toy-maker you know).  With computer models you can know exact dimensions, work out potential problems, and generate cut lists (how many and how long of pieces of wood you’ll need). 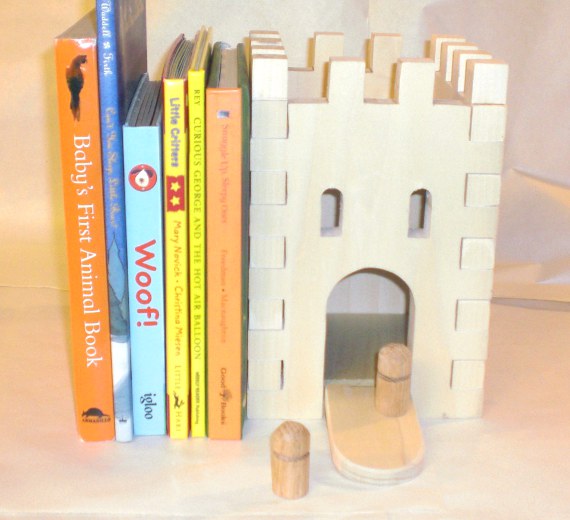 Though, I like to work on the fly, working from simple sketches and physical protoypes (see an example in a post about toy car design and a bit about toy car construction).  So we don’t produce too many digital models anymore.  I will say though, if we were working on any sizable pieces, we would turn first to a computer model.

You can see in the built prototype that most everything is the same as the digital model.  The little dowel people were simplified and the upper windows were more real, but the physical castle was the same.  I probably went through 5 different hinge types for the little draw bridge.  That was tricky.

The Kids ended up with the castle prototypes, there’s a half dozen of them.  So we would hook all the individual wall pieces together (nothing was glued) and make super giant castles.  Never a roof though.  Inside the castle would sleep cars, princesses, blocks, and whatever else was around.  This was in the days when our oldest was figuring out how to go to sleep in a big kid bed by herself, so a lot of play time was devoted to putting her toys to sleep.

Liz and I don’t miss those battles of getting the two year old to go to sleep at night, but we sure do miss that play-time.  In case you’re wondering, we have discovered the secret to getting little kids to sleep at night – give them a sibling to sleep in the same room with. 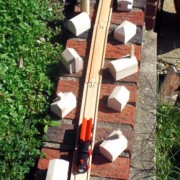 Throw Back Thursday – Too Many Train Buildings 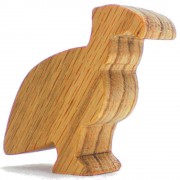 Happy Bungalow is a Family Business