(scroll to the send for more yapping) 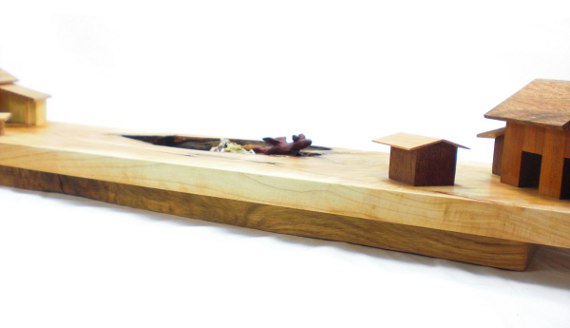 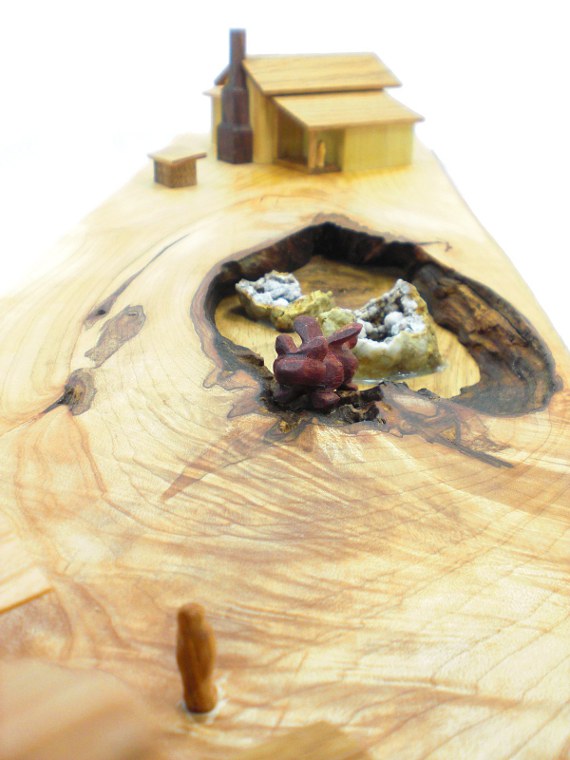 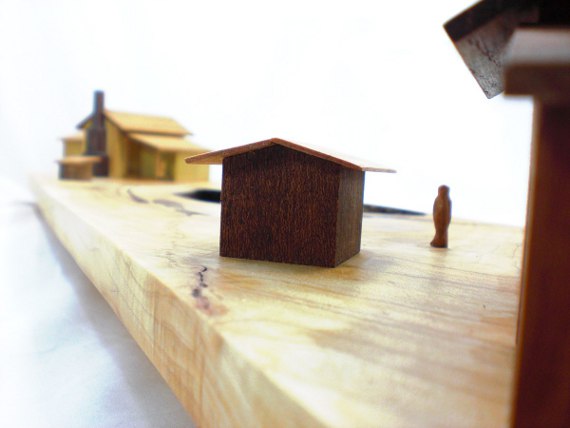 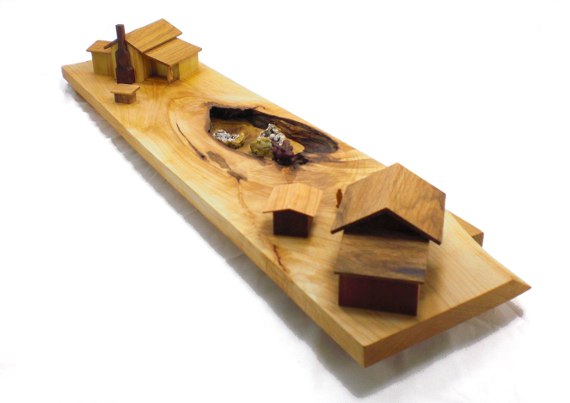 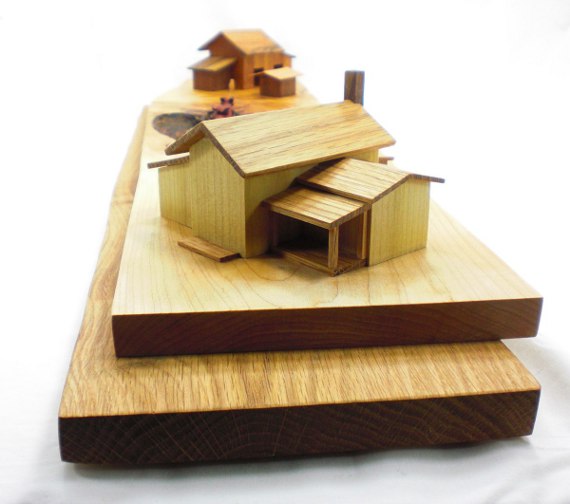 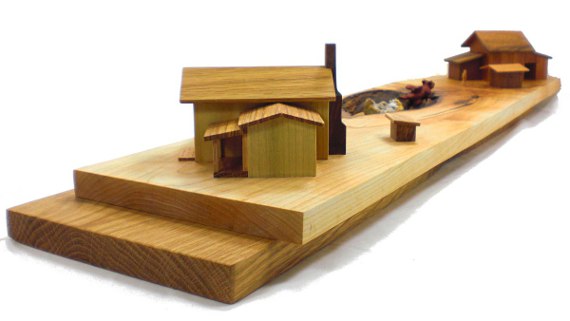 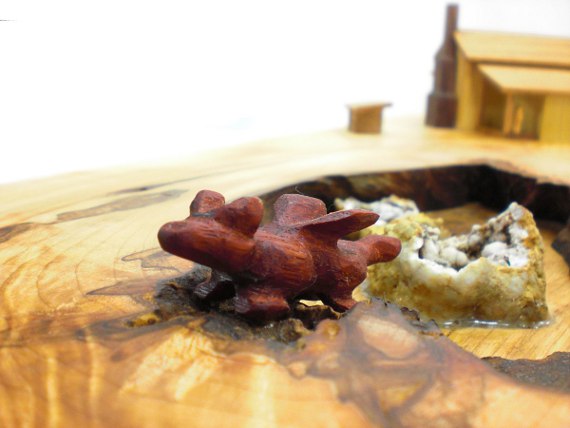 More about this piece:

Pa stands outside the barn eying the infant dragon crawling from her egg.  Another figure watches the scene from the porch.

I sell at a weekly farmer’s market along with some guys selling rocks, minerals, and gems.  I picked up some pieces of quartz and some geodes.  What to do with them?  I started off with the quartz and channeling Renaissance Festivals past I thought of wizards and dragons.  So I start doodling castles and imaginary lands, but I wasn’t feeling it.

I liked the dragon idea though.  Then poof –  a farm hits me.  A dragon crawling out of a sinkhole!  I put down the pencil and start digging around the shop.  The top board is a piece of maple I had been saving for a furniture piece (a table), but I thought it made a great sinkhole.  A piece of oak made the perfect subterranean earth.

Originally the geode was to be the mouth of a cave, but the scale of the buildings and the process said the geode served better as an egg.  Pa thought the egg just another hunk of rock and earth.  The sinkhole a convenient dump.  Now though.  Now he doesn’t know what to make of it.

The geode is from an Indiana creek.  The top board is maple with natural knot hole.  The lower board is oak.  The other woods are a mix of poplar, walnut, hickory, cedar, oak (again), maple (again), walnut, and cherry.  While not built to scale, the buildings are roughly an eighth of an inch to a foot.

The Playhouse that Started it All